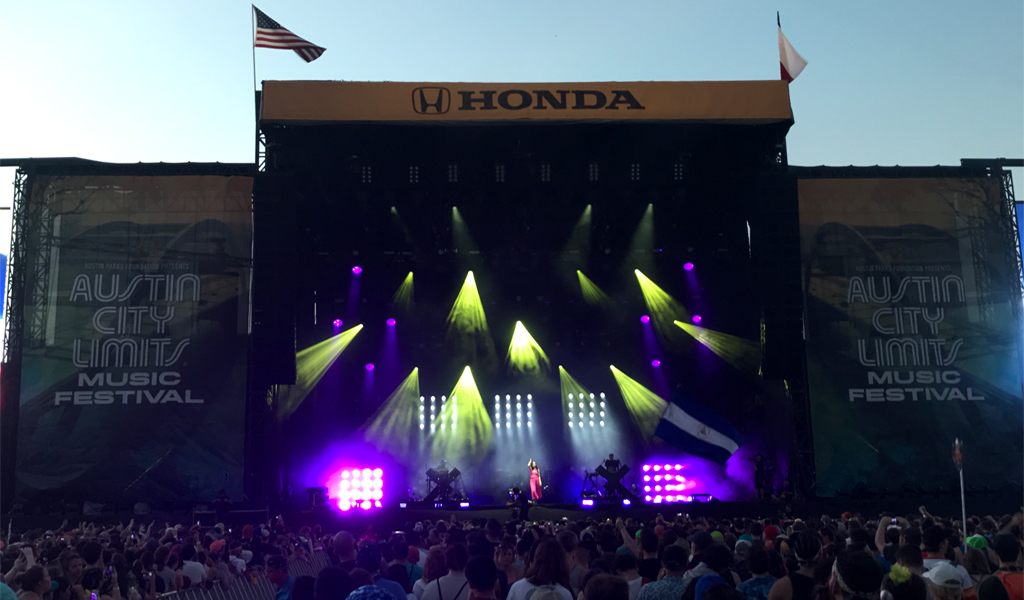 High End Systems’ Sola Series LED fixtures were “the meat of the rig” for a main stage at the 2018 Austin City Limits Music Festival in Austin, TX. For two consecutive weekends in October, the lighting fixtures perked up performances with intense bold beams, and dazzled with animated gobos and aerial effects for Arctic Monkeys, Brandi Carlile, Chvrches, Odesza, X Ambassadors and other acts.

Houston-based LD Systems rigged their newly acquired HES products on the Honda Stage. The 25 SolaFrame 3000s hung on the three main trusses, with 18 SolaHyBeam 2000s on the side and downstage trusses of the 60-foot wide by 60-foot deep stage.

“The SolaFrame 3000s were the meat of the rig,” says Williamson, explaining how their crew and visiting LDs used them as hard edge spots, with plenty of gobo patterns selected to paint the stage. “They punched through the rig, and they read really nicely - even in the daytime.”

The SolaHyBeams were being used for their hybrid features, as a wash and for the bold beams for audience and effects looks.

“The HES products stood up well to the rigors of the festival,” Williamson says. “Through two weekends of wide-ranging weather, we didn’t have to swap out any of the 43 HES fixtures in the rig.”

Brittain agreed, explaining, “It rained overnight and between the days and weekends that the festival ran. There were lots of environmental shifts in humidity and temperature that could cause some problems in other lights, but everything functioned as desired with the HES products with its lens defogging system. There were no optic problems with humidity, nor were any looks compromised.”

Williamson adds, “I think some of them were surprised that the rig was primarily LED-driven.”

After having done the ACL Music Fest with LED sources, Williamson and LD Systems worked the VooDoo Festival in New Orleans using primarily arc sources. “I could definitely feel a difference in the rig having to go back to lamps,” Williamson notes. “It felt like a step backwards. Something as simple as having to lamp the rig on in the morning and off at night all of a sudden felt like a huge inconvenience.”

LD Systems’ Tony Carey points out: “High End Systems has always been on the leading edge of technology, and the SolaFrame 3000s and SolaHyBeams are another example of a manufacturer listening to the industry and delivering. In my position as the on-site Project Manager, it was a comfort knowing the lighting staff had the tools they needed to exceed the expectations of the touring lighting designers and their crews. The only worry I had was keeping the coffee warm for the overnight programming crew.”